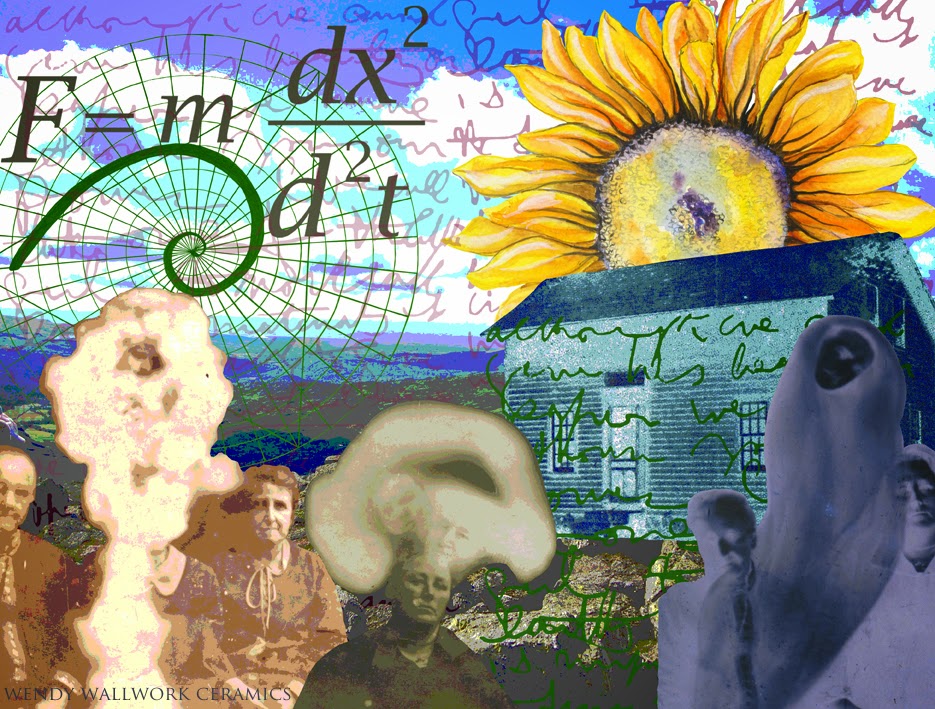 All the spirits images and the Fox Cottage images are from original family photographs dated 1928. My grandparents and great grandparents were spiritualists and spiritual healers. It was during this era that modern spiritualism was at its height along with other seemingly mystical advances such as electricity, telecommunications and scientific developments, all of which the common uneducated man did not comprehend and threw a spanner in the works regarding the fundamental belief system and religion. 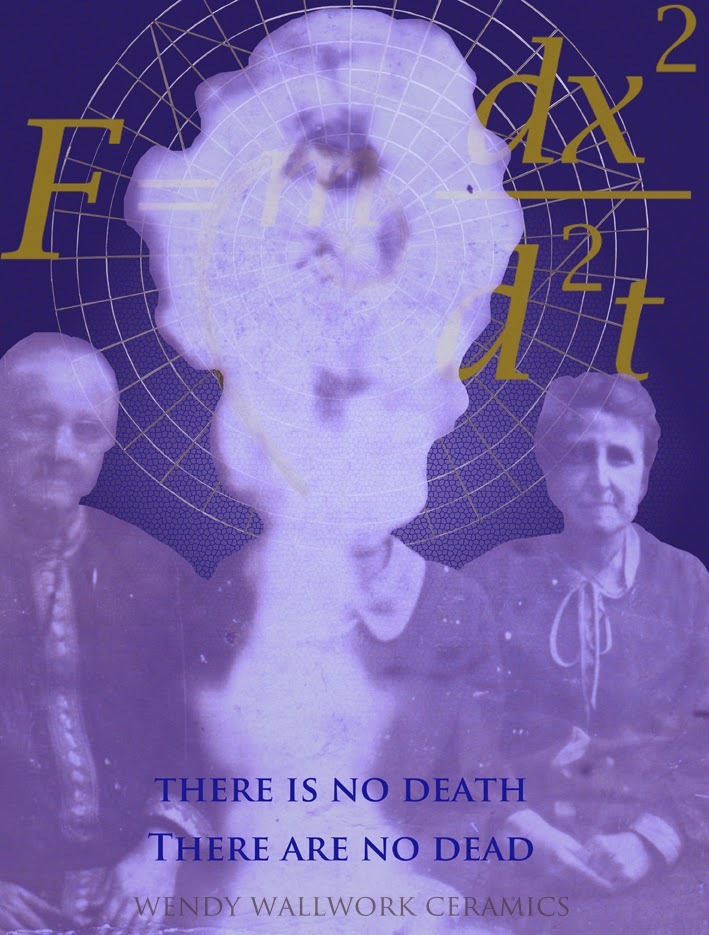 My spirit collection included a post card of The Fox Cottage which my grandparents helped to donate a substantial sum of money. The Fox Cottage being the birth of modern spiritualism in Hydesville USA. This was where the first spirit rappings were discovered and caused uproar, evident in media coverage at the time and the slogan ‘ There is no death’ and ‘There are no dead carved in stone had similar effects. 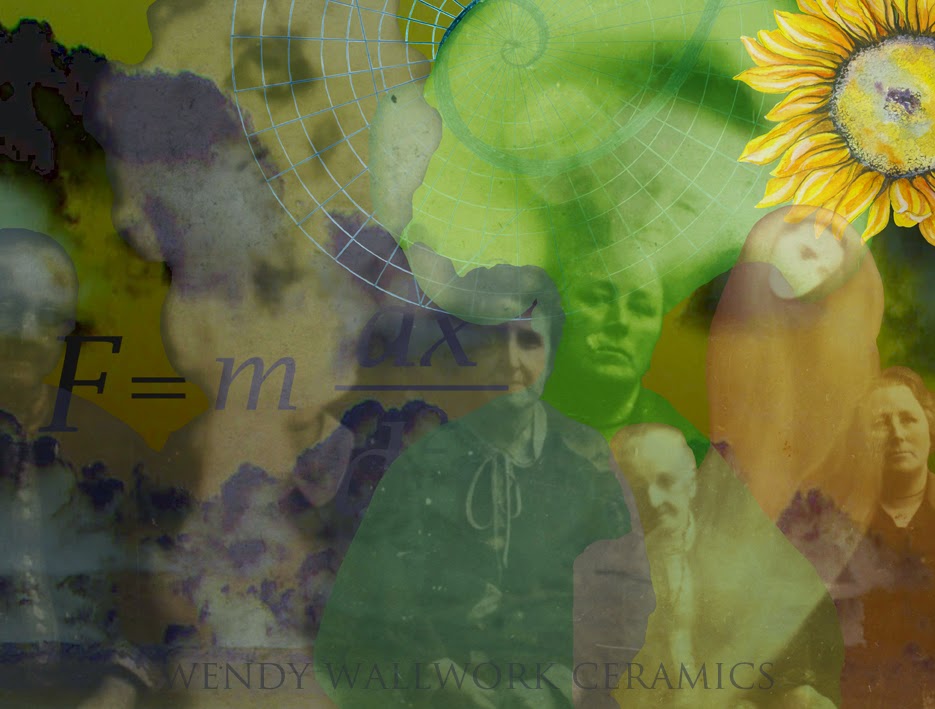 Also included in my spirit pieces are the mathematical equations The Golden Ratio and Newtons Laws of Motion, both equations relating to time and space, making the possibility of a spirit world more feasible.

Lastly, I included a hand painted image of a sunflower, as it is the emblem of spiritual beliefs. All these images have been manipulated to create an interesting collage of work These images were then transformed onto ceramic transfers and fired in my studio kilns.